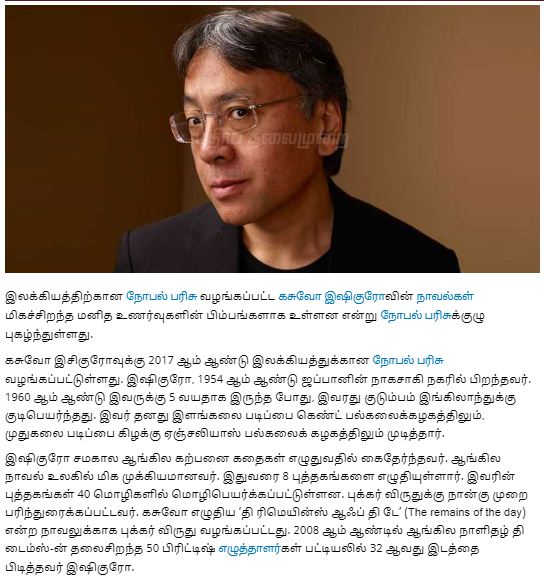 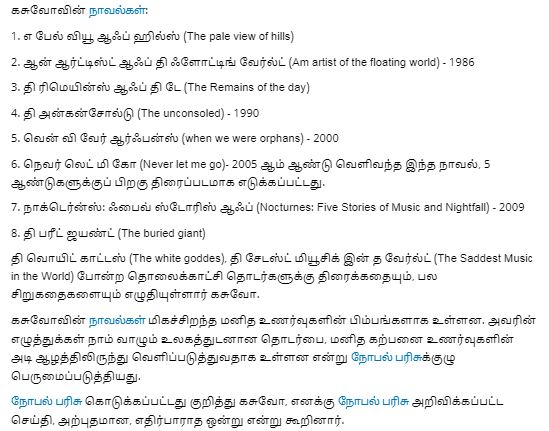 "The said interest shall be divided into five equal parts, which shall be apportioned as follows:
one part to the person who shall have produced in the field of literature the most outstanding work in an ideal direction ..."

Alfred Nobel had broad cultural interests. During his early youth, he developed his literary interests which lasted throughout his life. His library consisted of a rich and broad selection of literature in different languages. During the last years of his life, he tried his hand as an author and began writing fiction. Literature was the fourth prize area Nobel mentioned in his will.The Nobel Prize in Literature is awarded by the Swedish Academy, Stockholm, Sweden.

Process of Nomination and Selection
The Nobel Committee for Literature sends invitation letters to persons who are qualified to nominate for the Nobel Prize in Literature.

Qualified Nominators
The right to submit proposals for the award of a Nobel Prize in Literature shall, by statute, be enjoyed by:

1.Members of the Swedish Academy and of other academies, institutions and societies which are similar to it in construction and purpose;
2.Professors of literature and of linguistics at universities and university colleges;
3.Previous Nobel Laureates in Literature;
4.Presidents of those societies of authors that are representative of the literary production in their respective countries.
Selection of Nobel Laureates
The Swedish Academy is responsible for the selection of the Nobel Laureates in Literature, and has 18 members. The Nobel
Committee for Literature is the working body that evaluates the nominations and presents its recommendations to the Swedish
Academy, and comprises four to five members.

Who is eligible for the Nobel Prize in Literature?
The candidates eligible for the Literature Prize are those nominated by qualified persons (see below) who have received an invitation from the Nobel Committee to submit names for consideration. Other persons who are qualified to nominate but have not received invitations may also submit nominations. No one can nominate himself or herself

Below is a brief description of the process involved in choosing the Nobel Laureates in Literature.

September – Invitation letters are sent out. The Nobel Committee sends out nomination forms to 600-700 individuals and organizations  qualified to nominate for the Nobel Prize in Literature.

February – Deadline for submission. The completed forms must reach the Nobel Committee not later than 31 January of the following year. The Committee then screens the nominations and submits a list for approval by the Academy.

May – Final candidates. The Committee whittles down the list to five priority candidates to be considered by the Academy.

June-August – Reading of productions. The members of the Academy read and assess the work of the final candidates during the summer.
The Nobel Committee also prepares individual reports.

September – Academy members confer. Having read the work of the final candidates, members of the Academy discuss the merits of the
different candidates' contribution.

Are the nominations made public?
The statutes of the Nobel Foundation restrict disclosure of information about the nominations, whether publicly or privately, for 50 years.
The restriction concerns the nominees and nominators, as well as investigations and opinions related to the award of a prize.