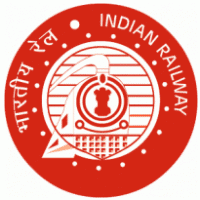 In a tweet on Wednesday, railway minister Piyush Goyal announced the railway recruitment drive, saying there were Group D openings for 62,907 jobs.

According to a railways notification, in Group D, vacancies are open for candidates who have passed Classes X or have an ITI (industrial training institute) diploma. Those who make it will get a monthly salary of Rs18,000 per month and allowances as per Seventh Central Pay Commission (Level 1). The recruitment will be done through the Railway Recruitment Cell. The jobs are open to those in the age group of 18-31 years with age relaxations for different quotas. The last date for submission of applications is 12 March. Similarly, 26,502 vacancies for the posts of assistant loco pilots and technicians under Group C will be filled.

Railway Group D Vacancy 2018: The Railway Recruitment Board (RRB) has extended the last date for the online application for 62,907 Railway group d jobs. The Railways had earlier set the application deadline till March 12, 2018. This has now been till March 31, 2018. Interested and eligible candidates who wish to apply for the 62,907 posts on offer can visit the official website now to fill in the application form. The Indian Railways earlier this year had released a centralised notification for the railway recruitment process on its official website. According to a post shared by the Ministry of Railways on Twitter, the department says, “Railway Recruitment 2018: Last date of application extended up to 31st March.”