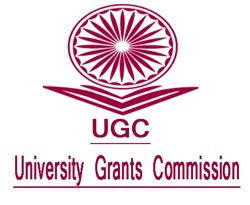 Central Board of Secondary Education, CBSE, is likely to release the National Eligibility Test - UGC NET 2017 admit cards in the third week of October, as per the official notification. The actual release date for the admit cards, however, has not been shared. Sources close to the board, however, have suggested that the UGC NET 2017 November Exam admit cards are likely to be released on October 18. The actual date and updates would be shared on the official website cbsenet.nic.in.

Candidates are hereby informed that the dates mentioned above have not been confirmed by the board. No actual notification on the release of the admit card has been shared. The initial detailed notification of CBSE UGC NET November 2017 examination, mentions that the UGC NET 2017 Admit Cards would be released on the official website in the 3rd week of October.

It is important to note that the role of CBSE is limited to organising and conducting the examination. Also, from the year 2017, CBSE has decided to conduct the UGC NET examination only once a year. Till last year, CBSE was conducting the UGC NET examination twice a year. This year, UGC NET would be conducted on November 5, 2011. Syllabus, pattern and other details are provided on the official website for UGC as well as on cbsenet.nic.in.

UGC NET examination is conducted for admission to Junior Research Fellowship programmes in the universities across India as well as a qualifier for Assistant Professor posts. The paper would be conducted in 84 subjects across 92 cities in the country. According to figures shared by CBSE, around 5 lakh applicants apply every year for CBSE UGC NET examinations.