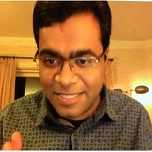 A year after Cottalango Leon won the Oscar award for technical achievements, another Coimbatorean, Kiran Bhat, has been awarded the Oscar in the same category. Bhat, along with three others, will receive the award in February for the design and development of the ILM facial performance-capture solving system.

On January 4, the Academy of Motion Picture Arts and Sciences announced 18 scientific and technical achievements represented by 34 individual recipients who will be honoured at the annual scientific and technical awards presentation on February 11 at Beverly Wilshire in Beverly Hills.
Kiran, 41, an alumnus of Stanes Anglo Indian School in Coimbatore, completed his dual degree in mechanical and electrical and electronics engineering at Birla Institute of Technology, Pilani. He then pursued his doctorate in computer science at Carnegie Mellon University, US.

Around six years ago, Kiran, along with his colleagues Michael Koperwas, Brian Cantwell and Paige Warner from ILM developed the facial performance-capture system.

"This was first used in Avengers for the character Hulk where we captured the expressions of Mark Ruffalo. A helmet fit with two cameras was placed on Ruffalo's head when he acted on the set. With this, we transferred Raffalo's expressions into the digital character," said Kiran through video-conferencing.

The technology was also used in other movies like Pirates of the Caribbean, Teenage Mutant Ninja Turtle, Warcraft, Star Wars Episode VII and Star Wars Rogue One. While in Avengers, Hulk was created with Mark Ruffalo, a person who is alive, in Star Wars Rogue One, Peter Cushing was recreated. "We sought help of Guy Henry who studied Peter Cushing's work. He enacted like him and we captured his expressions," said Kiran.

Kiran quit ILM almost a year ago and started his own venture Loom.ai where he has built a technology for creating personalised and 3D digital avatars from photographs that can be plugged into games, messaging bots, social virtual reality and e-commerce. "It was nominated as one of the top five tech trends in the US for the year 2017 in today's show of NBC," said Kiran's father Srinivasa Bhat, adding that he is happy that his son has made his country proud.

Bhat is the eighth Indian to have won the prestigious Oscar award.
Asked if such technology would be introduced in Indian cinema, Bhat said, "The technology is very expensive, and is pretty much restricted within big studios in the US. Also, there are some constraints with the intellectual property. But there is a lot spoken about the technology during conferences. So if one is motivated, he or she can easily pick it up."

Asked if he would be working with Indian cinema industry anytime soon, he said, "We are working on something, and you will see some results in a year or two."
Stay updated on the go with Times of India News App. Click here to download it for your device.

Thanks to Times of India